And this article came soon after: 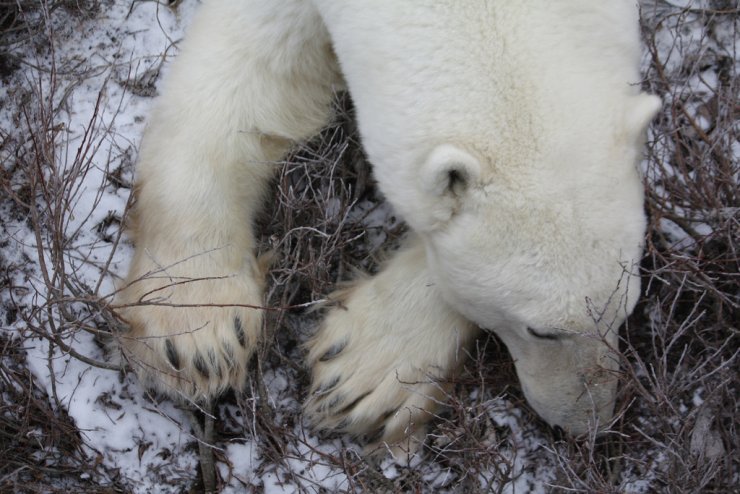 The Problem with Polar Bear Propaganda | The Walrus

So there’s this mind-blowing (to me) idea presented that polar bear stories might be more of a convenient way, rather than a fully truthful way, of kicking more people into action over climate change.

The greater and more mind-blowing point to me, though, is this continuation of a disconnected colonial mindset that fails to even ask the people who are indigenous to a place, who are an inextricable part of the land and its story (every bit as much as the polar bears themselves in this case), for their observations and thoughts. I mean…duh, right? How is that not bad science?

If we continue to ignore or disregard indigenous people, how are we not perpetuating the patterns of disconnection and dumbassedness that have led to the catastrophes unfolding all around us, including climate change?

One comparable thing that comes to mind: Imagine a doctor trying to figure out some complication happening with a pregnant woman, discussing the pregnant woman with other doctors, looking at her from all angles inside and out, and yet failing to ask the woman herself what she thinks / feels / knows, or asking her but not taking her very seriously. Imagine then they come up with a diagnosis that comes from this not-entirely-informed place, which leads to interventions that may not have been needed, which then lead to more problems down the line, and the perpetuation of whatever it was the doctor intended to help with in the first place. (This happens all the time by the way.)

Indigenous people are the land as much as a pregnant woman is her body. In both cases their voices need to be heard first and foremost, top priority, right?

Any thoughts on this? Counter examples?

More of this, please! http://www.macleans.ca/society/how-western-science-is-finally-catching-up-to-indigenous-knowledge/

This week we unravel the cosmic serpent to find the origins of life and the link between DNA and Ayahuasca visions. Could the building blocks of all life also be a conscious force that is capable of

I was thinking about making a topic for this but just saw this thread and it fits well enough.

Mysterious Universe is a podcast usually reporting on forteana, conspiracies and paranormal stuff, yet this specific episode is very interesting as its about ayahuasca, dmt, creation myths and the wisdom they contain as well as the misrepresentation of them western culture came into contact with these worlds. Very interesting listen for animists and rewilders of all sorts.

Yup. Observation rooted in the field or from the ground is truer than any form of book knowledge or instrumental measure. I see the same thing in how trackers know more about wildlife than zoologists and biologists. How self-taught botanists and mycologists know more than the PhDs. This is a cool story about the bears.