There is an interesting article here a “radical” pagan wrote, pointing to the slow (or not-so-slow) creep and influence of far-right, bigoted, extremist politics into these spiritual communities. White-supremacy, anti-Muslim sentiment, and even those who yearn back to the pagan eras of “benevolent dictators” e.g. kings/queens/emperors, are not just creeping into the rewilding community, but many other similar communities. Using buzzwords such as “tribalist” and “traditional” among many other harmless seeming ideas, it’s easy to cloak this ugly stuff and end up with a bunch of very injured souls seeking to spread their spiritual disease to others in your community. 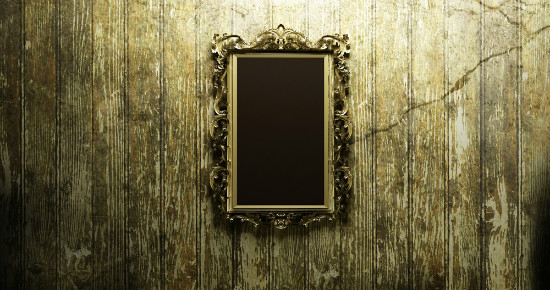 A piece I wrote has created a bit of an internet furor, and so I'd like to clarify some things.

This sort of thing has sprung up in Olympia among some people who I thought foolishly were rewilders/green anarchists. Here’s background on all that here http://anarchistnews.org/content/field-guide-straw-men-sadie-and-exile-esoteric-fascism-and-olympias-little-white-lies

Yeah sacred authority is not going to go over well with anarchists haha.

One of the main NW allies of this group appears to this guy: Jack Donovan. http://www.jack-donovan.com/axis/2014/06/a-time-for-wolves/ That site depicts a pagan ritual in Virginia where the Wolves started.

Ugh. Sorry I’m a Dane and with my Viking rights I vetoed all of this at the Thing. Hate to disappoint all these self-hating pseudo-rewilder types.

You mean the Althing right? Just for people who might not know what Willem is referring to: https://en.wikipedia.org/wiki/Althing

What I think the Wolves of Vinland, and other Viking LARPers, seem to emphasize is Honor, Heroism, Masculinity/Gender norms, Tradition, Violence, Lineage, and anti-Egalitarianism/Vertical power. See the chapter “Honor and Degradation” in the book Debt: the first 5,000 years by David Graeber to see this horrible violent game illustrated. https://libcom.org/files/__Debt__The_First_5_000_Years.pdf

What’s interesting to me is the hunter-gatherers I most admire are people like the Hazda or the !Kung don’t give much of shit about that stuff. And, from what I read, in fact enforce egalitarianism as a first priority with “reverse hierarchical dominance” and sharing without expectation of return. No debt, no property, no lineage based ownership, no slavery/debt peonage, no exalting of people over others (See Egalitarian Societies by James Woodburn https://libcom.org/files/EGALITARIAN%20SOCIETIES%20-%20James%20Woodburn.pdf).

I think to separate the heart of rewilding from being mistaken for this racialist, tradition, hierarchical, debt relations nonsense people need to emphasize the so called egalitarian/reverse hierarchical dominance values and actively advocate for them–beyond just the allyship and decolonization.

Even many Coast Salish/“Cascadian” tribes traditionally fall into the Honor, Heroism, Slavery, Lineage ownership (e.g. hunting/fishing areas were owned by certain lineage based clans), Debt game, for example. I’m willing to fight against their oppression and extinction as a people, but I have other values that are different from their traditional cultures, period, and will also fight against debt and hierarchical relations regardless of the culture.

To me, if egalitarianism and non-debt relations don’t become prominent soon, I plan on distancing myself from the culture of “rewilding”. This especially true if it gets associated with either the commercial paleo/primitive skills crowd (that’s another thread in itself), or the racialist tradition/race war crowd. And I imagine I won’t be alone.

(See also the movie “Hazda: Last of the First”. Here’s a trailer: https://www.youtube.com/watch?v=xVwxjqVH3rI)

WHAT THE WHAT??? Those links are insane. That Jack Donovan guy… Just looked him up on facebook and saw that I have 5 friends in common. WTF? BLOCKED.

http://www.jack-donovan.com/axis/podcast-2/
002 – Vince Rinehart, Tlingit tribal activist and Native American anarchist, editor at AttackTheSystem.com on being stateless within the state.

Erm I don’t can’t what is going on?

It’s so weird how we can use the same words and have some of the same concerns and end up in such different places. For sure the modern culture injures everybody involved - men, women, and the many unnamed inbetweens and outside-ofs. I guess his response is to isolate, reify, and defend one tiny slice of ourselves and call it “masculinity”.

Okay guy. Good luck keeping your people together under that flag without stepping in every rodent hole and tripping over every branch.

Cultural renewal is hard work but c’mon. Keep your eyes open and have the hard conversations. It’s not for cowards.