Anyone watching this recent BBC documentary series? Full of the standard nature porn, complete with small fluffy animals for the youtube generation… But what most caught my attention was the way it describes social relationships and conflicts among other animal species entirely in terms of civilised humanity. I think the purpose of this is to basically legitimise the inhuman power structures which we’re forced to endure on a daily basis by pointing to the ‘animal kingdom’ and saying: “Look, they’re just like us! Everybody acts this way so our chosen way of life (hyper-violent, male-dominated hierarchies) is justified!” Here’s the intro to the fourth episode, titled simply ‘Power’:

Now [after animals 'learn the lessons of childhood, enter the adult world and find a safe home'] they must battle for dominance, because those with power get privileges: the best food, the best territory and the chance to beat rivals for a mate. But only a lucky few will ever reach the top. ([url=http://www.bbc.co.uk/iplayer/episode/p026vhmr/life-story-4-power]http://www.bbc.co.uk/iplayer/episode/p026vhmr/life-story-4-power[/url])

They look at kangaroos, meerkats and archer fish among others, but the real propaganda coup comes with the focus on a band of chimps in which one adolescent is trying to ‘rise up the ranks’ and assert his dominance on an existing male leadership. The description is full of loaded words like that, and you almost feel that you could be listening to Attenborough narrating power struggles in the corporate world, with ‘vigorous young go-getters’ taking on the old guard. All the footage is of action, squabbles, conflict, again typical of nature docs. You never see animals snoozing for half the day, slacking off or foraging lazily & peaceably with their peers. I guess the producers would say that doesn’t make for good TV. But crucially it does nothing to challenge the very civilised concepts of resource scarcity, life as a constant struggle for survival, the need to ‘get ahead’ even at the expense of friends and family, the requirement to never let a moment pass and to always be seeking to improve status, expand your own personal empire etc.etc.

Seems to me it would be valuable to collect counter-examples in an attempt to show civilised folks, through the observation of non-humans, that life doesn’t have to be this way. Probably an examination of noncivilised human cultures would be a powerful way to do that too.

Can anyone point me to books, articles, other documentaries that challenge this idea of the whole natural world being rooted in dominance and power? I need to wash Attenborough’s smarmy narration out of my mind…

Hi, I used to like watching ‘wildlife’ documentaries with the sound turned off and some music. The words are rarely worth listening to unless you’re studying bigotry. Thanks for the post, interesting to see things haven’t changed much since I got rid of TV.

I guess the documentaries tell us a lot about the narrators, but not much about anything else. Richard Mabey had some interesting things to say, and he’s a mainstream ‘nature’ writer. I only read his books, so I don’t know about any video stuff, here’s video search results.

He advocates natural regeneration over anything humans can do, and gives numerous examples in his writing. He has a love of wildness and spirit of place. Mind you this was a good while ago, and he may have been ‘got at’ by now, like Colin Tudge and others who are now industry shills and seem obsessed with whatever global warming carbon fad is current. I doubt it though. It’s difficult to compromise the values of someone who understands the benefits of leaving things alone.

Just watching the “longplayer conversations” one, after an off-putting intro it’s turning out really interesting. and fulfills your request for things that challenge the idea of dominance and power.

via Ran Prieur, a brilliant article looking at how ant colonies have been perceived by civilised people, looking for excuses for the hierarchy, domination, coercion, division of labour etc prevalent in their societies. It turns out that ants DON’T live in strict, quasi-totalitarian colonies, but in fact actually have much more freedom to shift roles according to their individual strengths which change over time, and also according to collective estimations of the particular work that needs doing at that moment in time: 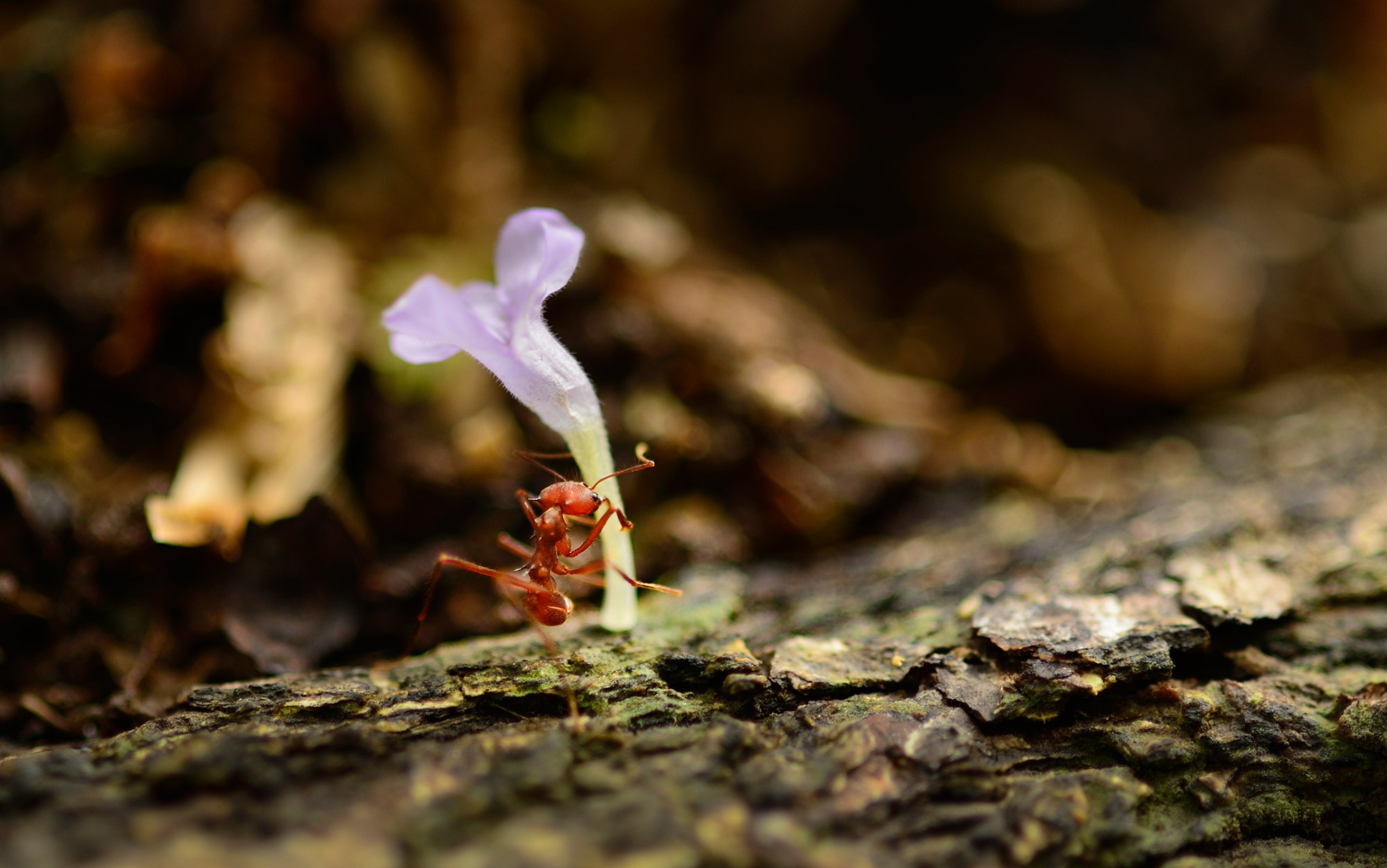 The ant colony has often served as a metaphor for human order and hierarchy. But real ant society is radical to its core

Here’s the key passage, but I recommend reading the whole thing for a bunch of fascinating insights and pointers to other possibilities in human social organisation:

What I and others have found, instead, is that the collective process of task allocation in ant colonies is based on networks of simple interactions. For example, in harvester ants, colonies regulate foraging activity, adjusting the numbers of ants currently out searching for seeds to the amount of food available. An outgoing forager does not leave the nest until it meets enough returning foragers coming back with food. This creates a simple form of positive feedback: the more food is available, the more quickly foragers find it, and the more quickly they return to the nest, eliciting more foraging. When I provide a windfall of food by placing a lovely little pile of organic millet outside the colony, ants that formerly performed other tasks switch to become foragers. Each encounter, in the form of a brief antennal contact, has no meaning to the ant, but in the aggregate, the rate of encounters determines how many ants are currently foraging.

At least in the short term, a system organised by a distributed process and one organised by division of labour could look the same: the same individuals could do the same task over and over. An ant might do the same task day after day. It might go out to forage, come back to the nest, engage again in the interactions that stimulate it to forage, and spend the night among other ants that recently returned from foraging. The next morning, it is again in a situation in which it is likely to forage, and this could continue day after day. However, in different conditions, the ant might do another task, and so its role is not fixed.

Distributed processes and division of labour can both be effective, but they don’t function in the same way. For division of labour, specialisation can lead to better work. By contrast, in a distributed process, the fact that individuals are interchangeable makes the whole system more robust and more resilient. If the individual who performs a task gets lost or becomes unfit to do it, another can step in. The individuals don’t have to be all alike, but the differences among them are not large enough to affect the viability of the system. Most fathers might not be as good at changing diapers as most mothers but, at 3am, the finer points of technique don’t matter. If anyone changes the diaper, the baby goes back to sleep.

Next up: do yeast cells or cancer cells actually behave like people say they do - acquisitive, ruthless, bent on growth at all costs even to the point of mass suicide - or is that just another projection from the sick psyche of the civilised?

PS: the part of this original post where I said ‘You never see animals snoozing for half the day, slacking off or foraging lazily & peaceably with their peers’ has been bothering me because a later episode of the ‘Life Story’ documentary showed chimps doing exactly that: peaceably harvesting water lillies or something similar from a pond in a jungle clearing. Oops! Still, I think the overall point about carefully selected ‘dramatic’ footage in nature docs being used to justify human oppressive systems still stands. The whole competitive, ‘nature red in tooth and claw’ business, as lots have pointed out better than me.

Rob Newman’s latest project, his ‘Entirely Accurate Encyclopaedia of Evolution’ comes with loads of examples undermining Selfish Gene and Survival of the Fittest dogmas, explicitly pointing out the source of their enduring popularity as justification myths for the ‘dog eat dog’ world of modern capitalism. Funny too, in an absurdist kind of way - as in the depiction of Richard Dawkins peeing outside his front door to mark his territory and wrestling naked with the postman who he believes is trying to impregnate his wife. Here’s the version produced for radio, which you may or may not be able to listen to outside of the UK for the next 2 weeks or so (or find a download elsewhere in t’interweb): 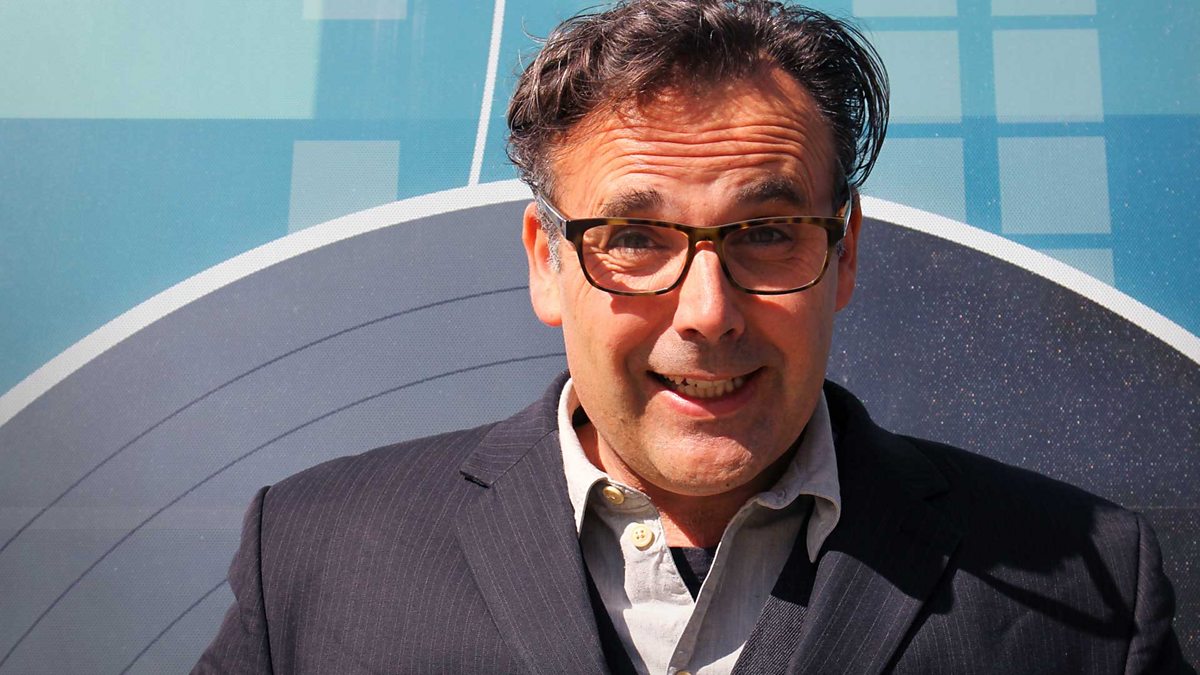 Rob is our guide on a journey through a unique audio A-Z of nature that takes in everything from altruistic amoebae and dancing squid to Richard Dawkins wrestling naked with a postal worker.

Piecing these fragments together allows Rob to correct some major distortions of Darwinism, as well as rejig the theory of natural selection in the light of what we now know about epigenetics, mirror neurons and the Flintstones.

He also published it as a book:

and reads a chapter of it here: