How to get rid of a poison oak rash?

How do you all take care of poison oak rash? I just came back from the forest with a itchyoak rash.

first thing you want to look for is jewelweed or summat, crush and apply, but this all needs to happen quickly (like in the sense of immediately). if that’s not possible you want to wash the affected areas with COLD water. Once you’ve rinsed really, really well with COLD water, wash it again with soap.

At this point, you’ve gotten the urushiol off, so your exposure should be limited. There’s little else to do at this point. If it itches insanely bad, try to eat well to support your immune system. Some people report that putting intensly hot water on the rash for 3-4 minutes every 8-ish hours helps keep the itching to tolerable levels, but ultimately you’re playing a waiting game at this point.

Yeah I didnt even see any poison oak while being in the woods so I was not able to wash away the urushiol.So now I play the waiting game.I have dealt with this a lot in the past so I am kinda used to it.The hot water thing works well for me.It feels a bit euphoric when the hot water hits the rash.

For after the rash appears: If you are in an area where there are tan oak trees, boil some of the shredded bark until the water is a dark tan. Apply the cooled water to the rash several times a day. This was the remedy my grandparents used on me way back in the 40’s. I’m not sure it actually worked all that well, but it was all we had, and seemed to be better than nothing. The tannins that leach into the water tend to “dry up” the rash, relieve the itching, as well as tanning your own hide somewhat. Most oaks contain tannins in both bark and leaves, but the so-called “tan-oak” has the most, so is what we used to use. I used to come home to Nevada from summers spent in the wilds of Mendocino County with my grandparents looking like a shriveled up brown forest elf with bark rot. I loved the look, and all of the attention it got from my school chums, but my mother, who liked to dress me up like Shirley Temple for school, suffered a lot.

A better, but less natural and more modern solution is to go to a drug store and get some OTC hydrocortisone cream and use this. However, you aren’t supposed to use this on your face for some reason I’ve never quite fathomed. The anti-itch creams containing Benadryl and Benadryl pills also help with the itching, but don’t do much for the rash itself right away.

Some people are more susceptible (allergic) to poison oak than others. I have always been one of the “others,” but both my grandfather and my husband could wade around in it with impunity, while I would get a total body rash just handling their clothes doing their laundry afterwards, or even sitting in a chair where they’d been sitting in their contaminated clothes.

There was a wives’ at the time that the Indians used to eat the leaves of poison oak to impart immunity. DON’T TRY THIS. It also goes in one end and even worse, out the other, before doing so, causing severe rashes on both ends. Whether or not it imparts some immunity (as severe over-exposure to many allergens may do if it doesn’t kill you first,) is up for debate.

Patty- I wonder if a strong tea made from sumac leaves would work the same as the oak bark. Sumac leaves have lots of tannins and do a great job of tanning hides.

I imagine that anything containing a lot of tannins would work, as these seem to be the ingredients that dry up the rash. One caution would be avoiding leaves or bark that may contain other irritants. There is a "poison sumac, Rhus vernix, which shares similar irritants to the poison oak-ivy species, (Rhus toxicodendron, R. quercifolia, and the Pacific Coast species, R. diversiloba.) According to a rather old (and perhaps taxonomically outdated–1937) dendrology book, the two species used for tanning are Rhus typhina–the stag-horn sumac, and R. glabra. So anyone attempting this should be somewhat knowledgeable of the different species.

In this same old book, I also ran across a couple more “gems” of prevention and cure. Cure: Potassium permanganate to relieve itching. This of course dyes the skin red/purple, and is very messy. In the “old days” I believe it was commonly used for fungal infections, i.e. athletes foot. The recommended prevention is 5 gm of ferric chloride dissolved in 50 cc of glycerin and 50cc of water. “The solution may be rubbed on the skin prior to possible exposure, or even afterward since it serves to neutralize the effect of the poison.” (Harlow and Harrar, Textbook of Dendrology, McGraw Hill, 1937.) I’m sharing this more for fun than to be taken seriously, but the logically even glycerin alone would afford some protective barrier over the skin, so there may be something to it.

I just saw this on Dr. Weil.com 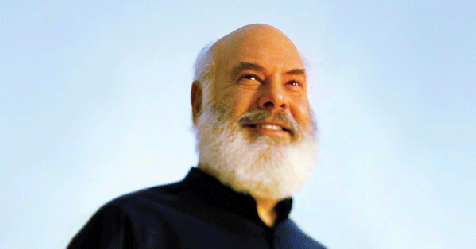