I hear ya. Civilization is the origins of all these problems, and any agency of civilization may be promoting to slow the problems, to make them less abrasive in impact, but not end them. The only true ‘solutions’ to ending them problems of civ lie in anti-civ.

For those who stay connected with both compassion and reality, the sadness can be overwhelming. That’s why so many shut down to seeing it, or rationalize it with currents of human superiority, or magical thinking that civilization will solve its own problems.

What do you think of this? https://www.youtube.com/watch?v=XHuKvcWlkWc&t=75s

I’m delighted that this site is still active. After I joined, I noticed that many posts were over a year old.
I also want to point out another fact. Recycling does not work. China stopped accepting our plastics which they had been recycling for the U.S. If you want to truly help the planet, you will ensure that everyone knows that the manufacture of plastics needs to end. Is this possible?
I doubt it. Why? Because the human race is incredibly narcissistic and short-sighted. Plastics makes “today” easier! Just like loss of open space and natural habitats make a few people very wealthy.
I do not like the fact that I am a member of a species I have respect for. Life on the dying planet is becoming exceedingly unbearable.
NO ONE CARES ABOUT THE HEALTH OF MOTHER EARTH NOR FOR FUTURE GENERATIONS! And that is a fact!

Interesting you mentioned Stephen Hawking’s 100 years prediction. Who would want to have people succeed in leaving the Earth? This will only spread that devastating mindset even further!

What if all the companies that have logo’s, names and products showing and referring to plants, animals, rivers, or other aspects of nature pay royalties to the restoration and protection of these very aspects of nature?
Then, a bathroom curtain with fern leaves would yield money for the restoration and protection of ferns. A soap factory making soap roses would help restore and protect roses. What companies can you think of that would have to pay for the restoration of fox, alligator or elephant? How about sea creatures, rivers, planets, stars and so on?

I can’t sleep at night worrying about what we are letting monsters do to the planet.
Your comment about bathroom curtain fern leaves and logos on plants and animals will keep me up for years…and if I’m lucky enough to sleep, I will certainly have more nightmares.
I reached out to a group who is actually going to help me.
It’s time we take back our planet. Mother Earth is at war. I want her to win!

Hi Rosie,
To my surprise, you quoted me as saying “logos on plants and animals”… now that image sounds haunting indeed! I intended to find a way to make those that profit from using images of plants/animals/etc. pay for the conservation of the species that they profit from. Sorry if I hadn’t expressed that clearly enough, I wish you good night rests anytime!

You are right that global warming is a very serious issue such that any should respond to, with actions of their own for it. Nothing of civilization will fix any of it. Global warming is mostly from animal agriculture, and from all the uses we have of the petroleum industries, and maybe there is contribution from heat being absorbed by asphalt and concrete. There are yet more serious issues and our natural environments are being affected, with civilization’s use of animal agriculture, fish are diminishing in oceans from fishing, and resources will be used up, and ultimately infrastructures will collapse. We want a sustainable way in which we can continue. Many will just have to learn to be independent from civilization, to go on. Knowledge will still be needed for using local resources and what is growing for needed items sustainably.

You could NOT BE FURTHER FROM THE TRUTH! GLOBAL WARMING is not “mostly” created from animal agriculture!!!

Only a DEVELOPER or CORRUPT POLITICIAN would say such a thing! CONCRETE and ASPHALT absorb heat. This is why cities have ALWAYS been hotter than urban areas. We are losing our urban areas along with the habitats of wildlife at an alarming rate. We are driving wildlife to extinction as we almost did to (nearly have) indigenous people of this once beautiful land.

I provided links on the article, but regretfully they had to be broken up because this site does not allow links. YOU REALLY NEED TO CHECK OUT THE LINKS (my references).

“Sad”, “shutting down”… give me a break! Is this what you want for your children…grandchildren?
It’s time to protest, not sadness.

I would not think of responding to any so rudely. 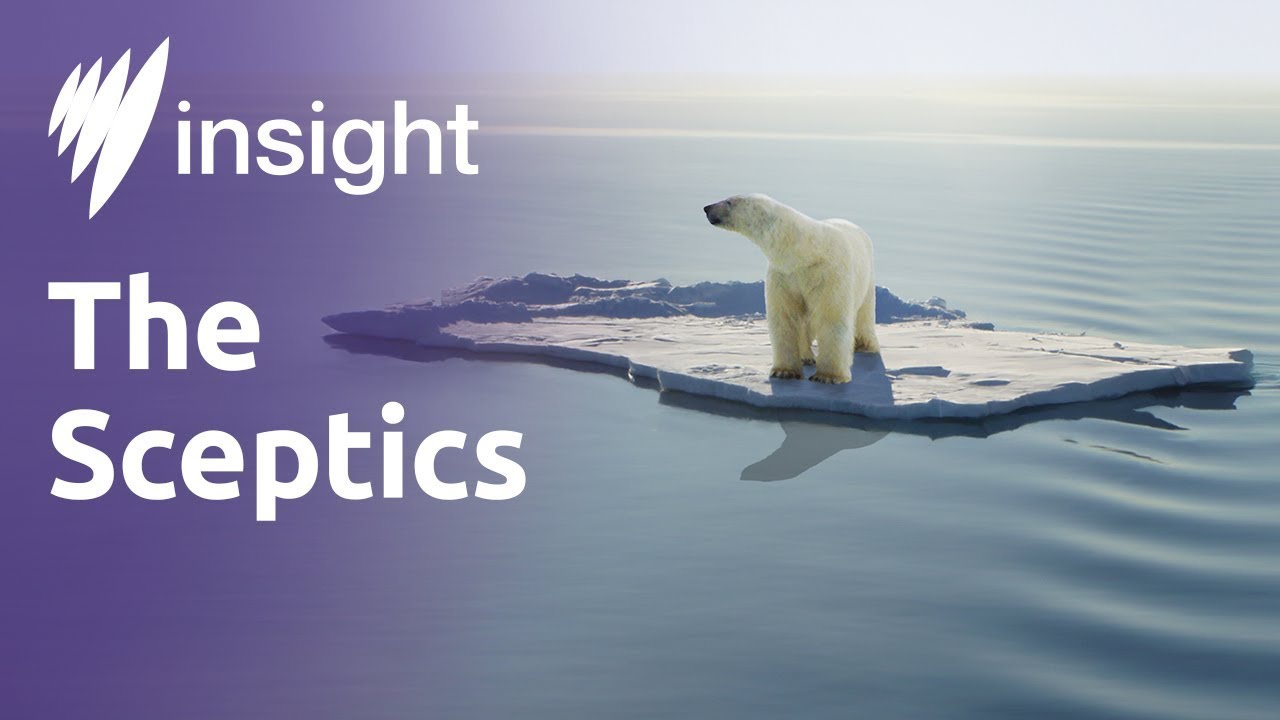 For each and every one of us, there is need to not choose the unsustainability that the rest in civilization live out with their ways. This world is not with resources that have it possible for industrialized civilization to continue.

In 2013, the Intergovernmental Panel on Climate Change (IPCC) Fifth Assessment Report concluded, “It is extremely likely that human influence has been the dominant cause of the observed warming since the mid-20th century.”[9] The largest human influence has been the emission of greenhouse gases such as carbon dioxide, methane, and nitrous oxide. Climate model projections summarized in the report indicated that during the 21st century, the global surface temperature is likely to rise a further 0.3 to 1.7 °C (0.5 to 3.1 °F) in a moderate scenario, or as much as 2.6 to 4.8 °C (4.7 to 8.6 °F) in an extreme scenario, depending on the rate of future greenhouse gas emissions and on climate feedback effects.[10] These findings have been recognized by the national science academies of the major industrialized nations[11][a] and are not disputed by any scientific body of national or international standing.[13][14]

Effects of global warming include rising sea levels, regional changes in precipitation, more frequent extreme weather events such as heat waves, and expansion of deserts.[15] Surface temperature increases are greatest in the Arctic, with the continuing retreat of glaciers, permafrost, and sea ice. Overall, higher temperatures bring more rain and snowfall, but for some regions droughts and wildfires increase instead.[16] Climate change impacts humans by, amongst other things, threatening food security from decreasing crop yields, and the abandonment of populated areas and damage to infrastructure due to rising sea levels.[17][18] Environmental impacts include the extinction or relocation of ecosystems as they adapt to climate change, with coral reefs,[19] mountain ecosystems, and Arctic ecosystems most immediately threatened.[20] Because the climate system has a large “inertia” and greenhouse gases will remain in the atmosphere for a long time, climatic changes and their effects will continue to become more pronounced for many centuries even if further increases to greenhouse gases stop.[21] Global warming is the ongoing rise of the average temperature of the Earth's climate system and has been demonstrated by direct temperature measurements and by measurements of various effects of the warming. It is a major aspect of climate change which, in addition to rising global surface temperatures, also includes its effects, such as changes in precipitation. While there have been prehistoric periods of global warming, observed changes since the mid-20th century have been unpreced The I...

I would like to stress that I do believe, MOST EMPHATICALLY, in GLOBAL WARMING. And I KNOW without any uncertainty that UNFETTERED OVERDEVELOPMENT is most definitively a major cause for the warming of the planet. Cities have always been hotter than rural areas because asphalt and concrete ABSORB heat. WE ARE NOW LOSING the rural areas (cooling areas) at an accelerated rate along with the loss of many types of wildlife.

Furthermore, as for Deep Green Resistance, I read the book to my disappointment. I never heard of a book that didn’t have an Index until I read Deep Green Resistance. I was initially impressed with this group, but now I understand why the group only number 100. Mother Earth does not need writers…people have been writing and speaking in her defense for decades. It is apparent, words are simply words–in one ear and out the other. Mother Earth needs soldiers to defend her. Apparently, there are not enough caring people to fight for her protection.

I really that I could cut and paste here, because I have a written a letters to Gov. Wolf (sent certified) and never answered, Sen. Warren and unanswered, and Sen. Sanders…I received a post card stating he isn’t in PA, YET he is running for PRESIDENT!!! I would like to share that letter with you. If you want to email me directly, please contact me at arosieday at protonmail dot com.

I’ve taken to wearing expressive art in hopes of waking the sleeping up.

I would also like to point out that during the recent Democratic Debates not one…NOT ONE…word was mentioned on global warming or environmental issues.

Question: DO THE POLITICIANS WE VOTE FOR WANT TO DESTROY THE PLANET?