Does Civilisation depend upon healthy ecosystems?

Visions of the Rewilding Renaissance Common Misconceptions
woozletracker March 27, 2016, 8:47am #1

There seems to be an unquestioned assumption in mainstream environmentalism and/or rewilding that ‘we’ (ie: members of civilised societies) depend upon the health of ‘nature’ or ‘ecosystem services’ in the same way that any other species does, and that therefore the 6th mass extinction (as well as other environmental calamities) is a tragedy for ‘us’ as much as for the species it actually kills off.

I think this shows a fundamental misunderstanding about the nature of the civilised society, namely that this culture, based on the domestication of plants and animals, has set itself in direct opposition to the health of the surrounding ecology (basically declared war) and that therefore the health of our food-producing and economic systems requires the impoverishment of the land & wildlife which lives there. Thus I would argue the global extinction rate of 200+ species per day should be honestly viewed as measure of this culture’s success, rather than tragic failure - the underlying goal being to convert as much of the living planet into human (via domesticate) biomass. Also the fact that so much of this culture’s subsistence comes via fossil fuels & industrial production places it in a yet more deeply antagonistic position towards the rest of life on the planet - because we no longer need them.

For an example of how weak the analysis is currently, have a listen to this discussion on Radio 4, during which George Monbiot expands on his ridiculous notion that rewilded ecosystems can be a boon to civilisation: 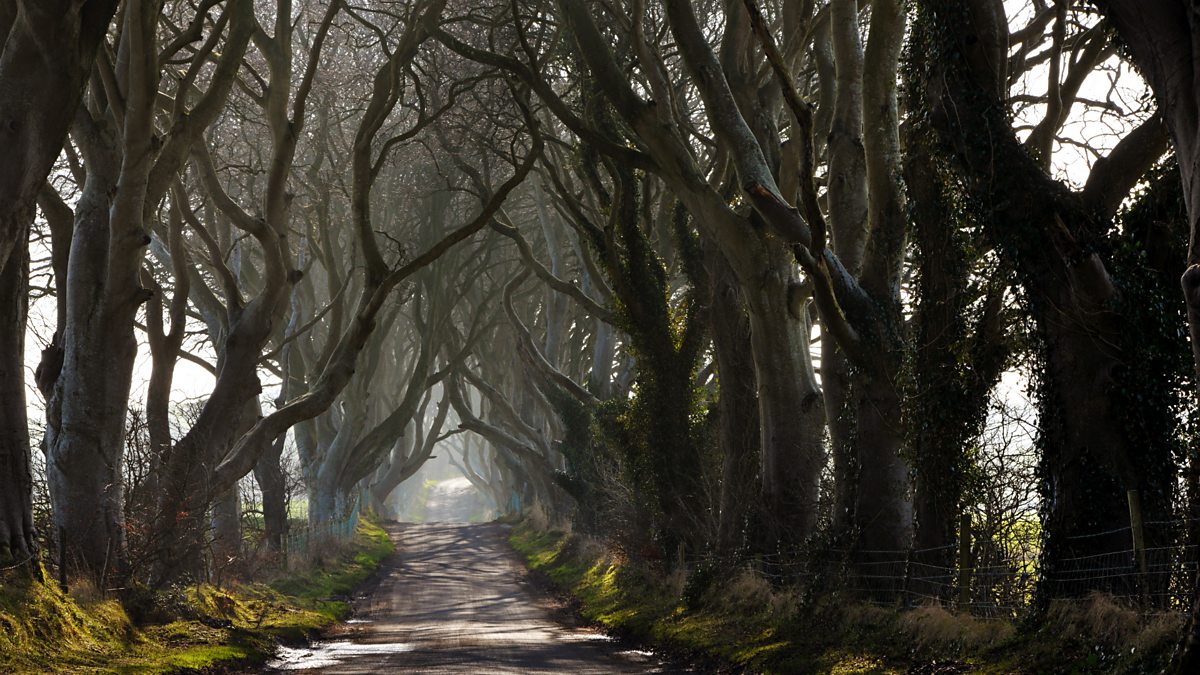 Rana Mitter considers the myth of the Green Man and our relationship with the land.

This seems to be a broader problem in current environmental thinking: the search for a ‘win-win’ where industrial civ can continue as usual, but nonhuman life can be harnessed to provide citizens with recreation and/or the monetised ‘ecosystem services’ which actually enhance the ability of the capitalist economy to (presumably) go on mining the planet for every available resource. Few people seem to understand that in order for the living world to have a ‘win’ the industrial/civilised system is going to have to lose, and not in a small way either.

Basically I’m thinking that accommodation is a dead end, and usually ends up enabling the destructive activity it claims to be opposed to. Eg: Monbiot’s shameful support of the nuclear industry.

Thank you for that interesting link and sharing your thoughts, very thought-provoking.

I have the feeling that many environmentalists deep down feel that civilization indeed will never feel satisfied, and that only a radical change will stop it from continuing its devouring course, but that they feel scared by the images they have of any alternatives (more ‘primitive’ living), and powerless (making them settle for a “goal” called “sustainability” rather than regenerating life and reversing civilization’s effects).

What really struck me hard in the Radio 4 discussion was how both Kate Maltby and Nina Lyon expressed fearing to lose their current lifestyle and having to live more primitively, describing this as kind of a male “ideal”, eating raw meat and all.
Too bad that most people have so little knowledge of other ways of living (and with it, very low esteem of their own forefathers’ and foremothers’ lives). And that women have such fears!

Thanks for that Anneke

I agree if we’re talking about physical human health, as well as mental/spiritual health. Destruction and toxification of the ‘external environment’ inevitably impacts upon the domesticated food systems and sickens its consumers as well (herbicides & pesticides kill ‘weeds’ and troublesome insect ‘pests’ but the residues stick around and cause harm to humans and ‘beneficial’ nonhumans too). Loads of studies show that regular contact with ‘nature’ leads to greater wellbeing, especially being around trees it seems. Also there’s a psychological toll involved with being on this constant war-footing - it makes it impossible to relate one-to-one with those Others, much like racism (when it comes about to justify exploitation or warfare) makes it impossible to build relationships with those classed as sub-human.

However I had more in mind the ‘health’ of our social & economic systems, which I think depends most strongly on the disease-, parasite- or predator-resistance of the plant and animal domesticates which underpin the civilised economy through their massive proliferation, swallowing up habitats & ecosystems which formerly played host to any number of different species.

It reminds me of a lady I met briefly at a ceremony for extinct species. Her publicly expressed grief (mainly for creatures she had never seen, I noticed) rested on her feeling that ‘we are all one’, and that therefore, like you say, suffering for creatures ‘out there’ ought to be felt as human suffering ‘in here’ as well. Fair enough, I thought, even though it might be a bit less alienated to focus on species suffering right here rather than Amazon tree frogs or rhinos or whatever. Still, the ‘we are one’ thing felt false to me. Like an imposition on those other creatures whom our culture has been brutalising for so long. How would we feel about western troops in occupied Iraq (or occupied N.America for that matter) declaring that they felt ‘at one’ with Iraqi people and the country they were there to exploit? Likewise all the means for our comfortable western existence come from the exploitation of plants & animals across the globe, including the killing off of those who get in the way of our Master Plan. Anyone defecting from that social order would have to come begging IMO to the other side, not simply declaring solidarity as fact without actually making a move to manifest it in the real world (with all the deep personal costs that would involve).

What really struck me hard in the Radio 4 discussion was how both Kate Maltby and Nina Lyon expressed fearing to lose their current lifestyle and having to live more primitively, describing this as kind of a male “ideal”, eating raw meat and all.

Yes, that was a facepalm moment for me too. Seems they were happy to just look at the surface and not do the slightest bit of research into what life for women was like in prehistory or modern-day tribes.

Could be. I wonder if radical environmentalism has more of a foothold in the US for this reason. In Europe we have almost all been born into an already-degraded world. Things change for the worse, but at a slower pace and not with the same total devastation as, say, a clearcut of old-growth forest. In the UK our woodlands have been cut and intensively managed for hundreds, even thousands of years. ‘Ancient woodland’ merely refers to a continuous presence of trees in that place since reliable records began around 1600. Felling, coppicing and other disturbances have altered the composition of these woods, arguably for the worse, for a long time, so we have no lived experience of what a ‘primeval’ wildwood might even look like, let alone feel any grief for its loss.

On the other hand I hear we have a greater conservation ethic in the UK than, say, in Asia, where wildlife populations get annihilated around cities by people looking for something to put in the pot for dinner. But that’s another discussion!

re: accommodation - to be fair to Monbiot, he does recognise this as a dead end when it comes to ‘natural capital’ and ‘ecosystem services’ which result in environmentalists talking in terms of money rather than being motivated by love and the urge to protect beings which have intrinsic value like (as he says) works of art or historic buildings.

On the other hand you come across arguments like this:

What is desperately needed – paradoxically for the fishing industry as well as wildlife – are large areas of seabed in which there is no fishing at all. Here fish, crustaceans and other species can mature and breed in peace. The “spillover effect”, as fish migrate out of large marine reserves, greatly boosts the overall catch levels. But so resistant have fishing interests been to the very idea of reserves that they would rather forgo this prospect than cede an inch of seabed to conservation. And so spineless are certain conservation groups, despite their huge memberships, that they would rather accommodate this attitude than confront it. - http://www.monbiot.com/2014/10/24/ripping-yarns/

Which apparently fails to see how accommodating it would be to set aside marine reserves so that industrial fishing might benefit. That wouldn’t be his primary motivation, of course. He would be in it to protect the marine ecosystems for their own merits. But in order to get that Good Work done the ethics would have to be bent around the demands of the fishing industry, accepting these as the given to which (as D.Jensen notes) the needs of the ‘natural’ world must be made to conform. It should be the other way round! As in fact he writes earlier in the same article:

In her new treatise Conserving the Great Blue: overturning the dominant paradigm of the oceans, Deborah Wright proposes reversing our approach to marine conservation. Instead of assuming that everywhere can be exploited except those areas (generally tiny ones) designated as marine reserves, the assumption should be that everywhere is protected. If the fishing industry wants to exploit parts of the sea, it would first need to demonstrate that it can do so without lasting harm, in which case it would obtain a licence to go ahead. Destructive and damaging practices, instead of being the norm as they are today, would become criminal acts.

::scratches head in confusion::
I