true story. happened here in ketchikan where i currently live. pretty sure that was intentional. talk about fighting back. 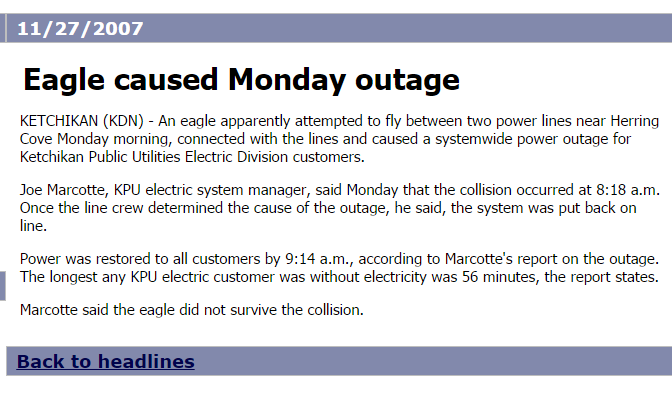 KETCHIKAN (KDN) - An eagle apparently attempted to fly between two power lines near Herring Cove Monday morning, connected with the lines and caused a systemwide power outage for Ketchikan 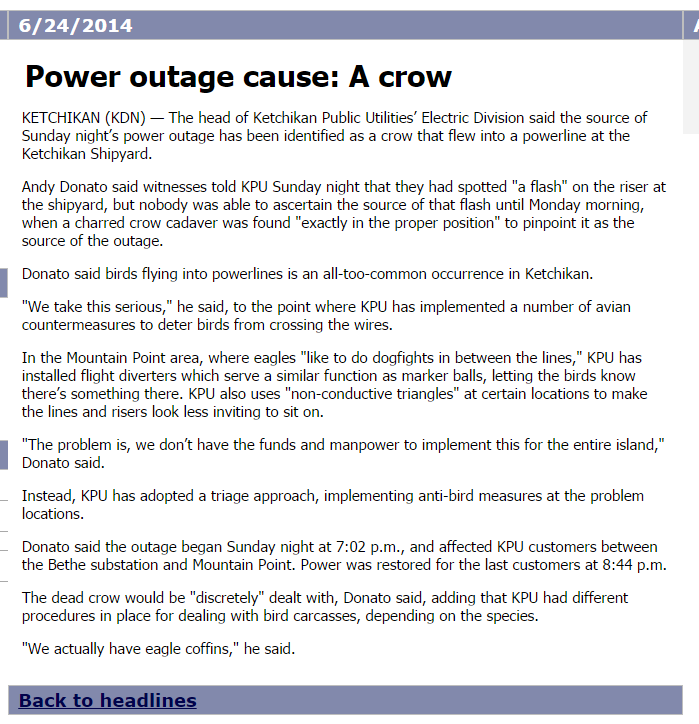 Power outage cause: A crow 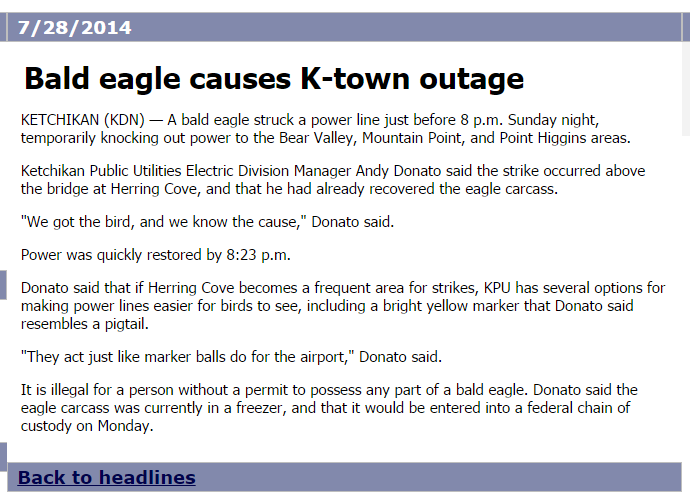 In the span of less than three hours, that area experienced not one but two power outages - the first, smaller outage caused by a beaver cutting a tree down into a power line, the second outage caused by two ravens flying into a substation and taking out a breaker. 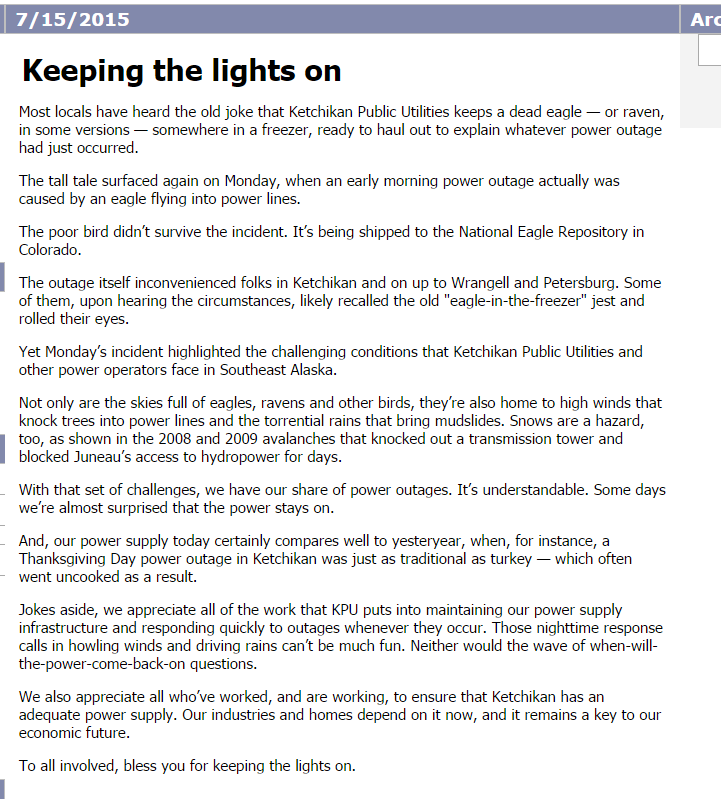 We also appreciate all who’ve worked, and are working, to ensure that Ketchikan has an adequate power supply. Our industries and homes depend on it now, and it remains a key to our economic future.

Keeping the lights on

Most locals have heard the old joke that Ketchikan Public Utilities keeps a dead eagle — or raven, in some versions — somewhere in a freezer, ready to haul out 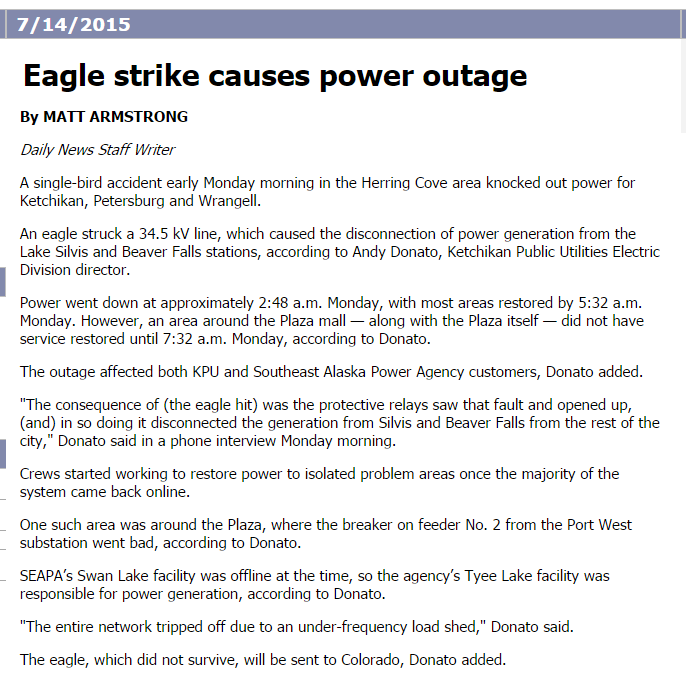 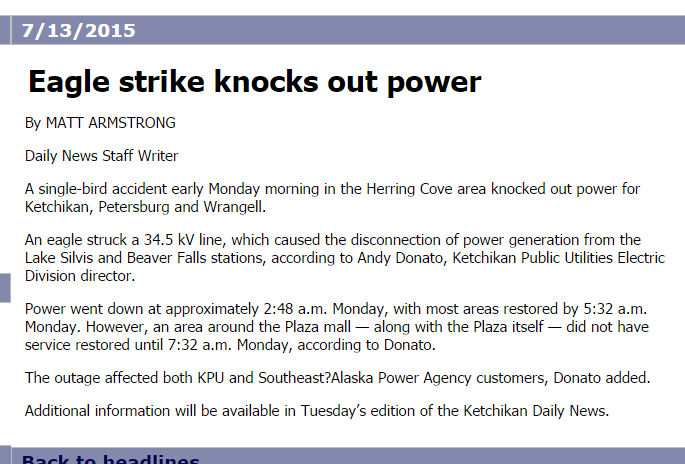 A single-bird accident early Monday morning in the Herring Cove area knocked out power for Ketchikan, Petersburg and Wrangell.

(THOSE TOWNS ARE ALL ON DIFFERENT ISLANDS. ONE EAGLE - THREE ISLANDS’ WORTH OF POWER.)