Hi,
im wanna understand mre about the digest of the meat eating. So what plants are growing there. cranberry…ÃƒÅ¸ sure! but else.sme poost are here in the forum .

is there good link or bok oon this. also on eating to gether with meat. in norway telemark there was a black berry black crow berry, its called in german. on wickipedia they said its goood for digest, fat and meat, this probs we had there in telemark with meat.

The fats of meat (lipids) are broken down by bile, which is produced by the liver and stored in the gallbladder. The bile breaks down the lipids and they can be digested/absorbed and turned into energy, instead of remaining in the intestines. There are some foods which stimulate the production of bile.

For example, I know that artichokes (leaves and stems) stimulate bile, but I don’t know if you can grow them in Germany in a sustainable manner. Maybe in a permaculture garden, but it depends on the climate, I don’t know…

I was curious, so I did some research and I found out that artichokes contain something called Cynarin, and that is what stimulates bile production. Artichokes are the only food that contains cynarin!

I looked to see if there are any other foods that stimulate bile production. Here is what I found:

From http://www.disabled-world.com/artman/publish/liver-foods.shtml:
“Drinking freshly squeezed lemon juice in a cup of boiled water first thing in the morning helps to cleanse the liver and promote detoxification. It also stimulates bile production, cleanses the stomach and bowel and stimulates a bowel motion.”

And you’re in luck!! From the same website:
“Bitter leafy salad greens (dandelion, chicory, endive, rocket[arugula]).
The bitterness of these foods helps to stimulate bile flow within the liver.”
Some native “weeds” are a perfect nutritional complement to meat!

One more interesting fact that I learned from Wikipedia:
Because bile breaks down fats, the gallbladders of animals contain bile that is useful for adding to soaps and removing stains from clothing.

Wow, thank you! I learned a lot.

Thats a wealth of good information right there!

From working with Ayahuasca I’v learnt that tannins increase bileproduction and lowers cholesterol, so making a tiny cup of tea on some birch bark should work fine!

I just found out that the entire dandelion plant, flowers and all, is a digestive aid.

what a coincidence, I found all this out too yesterday

(even the other dandelion thing, that you can make a dandelion wine or something that way)

When I am taking a walk I feel so tempted to snack on the dandelions, but then I realize that they’re right next to the road and probably covered with pollution.

I would eat them if they came from a sufficiently large park though!

One of the best books I know of on arctic plants is:

“Plants That We Eat: Nauriat Niginaqtaut - From the traditional wisdom of the Inupiat Elders of Northwest Alaska” 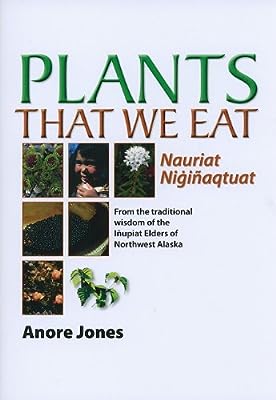 Plants That We Eat: Nauriat Nigiñaqtaut - From the traditional wisdom of the Iñupiat Elders of Northwest Alaska

Mostly about how plants were used by the Inupiaq folks around Kotzebue. It has a fair bit of information about how they are used with animal products as well, since meat / animal fats were/are of course primary to the Inupiaq diet.